Apple has been crowned the design king over and over again, and for good reason. The company’s attention to detail and beautiful finishes all point to the best design team in the world, led by design guru Jony Ive. This year, the iPhone is available in two extra-stunning finishes — Jet Black and a matte black. You can also get the traditional gold, rose gold, and silver finishes.

Sure, looks are subjective, but not every aspect of design is. The iPhone 7 is around half a millimeter thinner than the Galaxy S7 Edge — a small amount, to be sure, but important to consider nonetheless. In fact, the iPhone 7 is smaller in every aspect, which is somewhat due to the smaller display. Because of that, it’s also lighter, coming in at 4.87 ounces compared to the Galaxy S7 Edge’s 5.54 ounces.

The Jet Black iPhone 7 will likely attract fingerprints like the Galaxy S7 Edge’s glass back does, so these two tie for oily smears. However, if you hate fingerprints, the matte color options for the iPhone 7 offer an alternative. With the S7 Edge, you are stuck with glass and fingerprints unless you buy a case. Glass is also much more fragile than metal, so the iPhone wins on the durability front. However, the curved edges on the Galaxy S7 Edge are undeniably beautiful and it is a slim phone for a device with a 5.5-inch screen.

Apart from being smaller, the display on the iPhone is of lower quality for a number of reasons. First, the device uses an LCD panel instead of the Super AMOLED screen found on the Galaxy S7 Edge. OLED panels are known to generally produce deeper blacks and brighter colors. However, the iPhone 7’s screen is still gorgeous and it’s not like you’ll see an ugly pixelated screen. Some even prefer the iPhone’s natural color reproduction over Samsung’s saturated look.

However, the pixel density on the Galaxy S7 Edge is much better, sitting at 577 pixels per inch over the iPhone’s 326. Of course, these days, displays are used for more than just looking at stuff. Both phones have their own extra layer of functionality with the display — the Galaxy S7 Edge includes Samsung’s edges, while the iPhone 7 uses 3D Touch, which allows users to press down to access more controls.

Still, with the better display type and a higher pixel density, we’re awarding this one to Samsung.

The iPhone has long been hailed as the phone to get if you want a great camera, but Samsung has seriously stepped up its game in the past few years.

The iPhone 7’s rear-facing camera features a 12-megapixel sensor, along with a f/1.8 aperture, phase detection autofocus, and — a first for the standard model of the iPhone — optical image stabilization. The Galaxy S7 Edge’s camera has almost exactly the same specs except for the fact that it has an f/1.7 aperture, meaning that it may be able to handle low-light situations a little better. Samsung is known for oversaturated images, though, so if you’re into natural color reproduction, the iPhone 7’s photos may be more up your alley.

Apple has really stepped up its game when it comes to durability. The device is now water-resistant with an IP rating of IP67, which essentially means that it should be able to handle being in up to a meter of water for up to 30 minutes. You don’t want to intentionally take it swimming, but if you happen to drop it in the bath, you should be fine.

The iPhone 7 still doesn’t beat the Galaxy S7 Edge’s water-resistance though. The S7 Edge has a rating of IP68, meaning that it can handle being immersed in up to 3 meters of water. Neither phone should be purposefully immersed in water, but if accidentally dropped in liquid, the Galaxy S7 Edge is more likely to survive a long plunge.

On the other hand, Apple’s aluminum iPhone 7 is more durable than the Galaxy S7 Edge in terms of drops, because the S7 Edge is made out of fragile glass. You don’t want to drop the S7 Edge because that special curved glass is going to be expensive to replace. We’re calling this one a tie because Samsung wins in water, but Apple wins with drops.

We’re not going to make this article an “iOS vs. Android” article — it’s totally subjective, and most of you have probably already decided which you prefer. There are a few things to note, however.

Android is generally the more customizable operating system, while iOS is typically considered easier to use. For that reason, if you want to be able to simply turn on your phone and have it do what you need — make calls, texts, use apps, and so on — the iPhone is the way to go.

That’s not to say that Android isn’t easy to use — it just takes a little more work to learn. Of course, the Galaxy S7 Edge doesn’t use stock Android. Instead, it uses Samsung’s proprietary Android skin. TouchWiz brings a slightly different look to Android, but it also brings some of Samsung’s services to the forefront.

Another thing to consider is app availability, though you’ll have apps aplenty on both of these phones. While some apps come to the Apple App Store first, they normally eventually make their way to Android.

Basically, if you want an easy-to-use phone, choose an iPhone. If you want something you can customize, go for the Galaxy S7 Edge.

The other points to consider are security and software updates. Samsung is notoriously bad at getting timely Android updates to its phones. That means vital security patches may take months to arrive if they ever do. That’s not a good thing when you consider how many major hacks are targeted at Android. In contrast, iOS users get software updates immediately and Apple’s devices are more secure because of it. You’ll always have the latest software if you own an iPhone 7 and that makes it a winner for us.

It’s always a tight race between the iPhone and the Galaxy S line. The iPhone 7 is more powerful and cheaper, yet the Galaxy S7 Edge has a headphone jack and offers a better display. It really comes down to personal preference as to which one you will buy. If you’re an Android user, the Galaxy S7 Edge will hold more appeal for you. And if you have nice headphones and you’re pissed off that Apple removed the jack, you’ll want the S7 Edge too.

However, if you’re open to iOS and you want a powerful phone that’s easy to use and very secure, the iPhone 7 is calling your name. The Galaxy S7 Edge wins most categories here, so it’s technically the winner, but considering the price difference and ease-of-use, most will be happy with the iPhone 7. 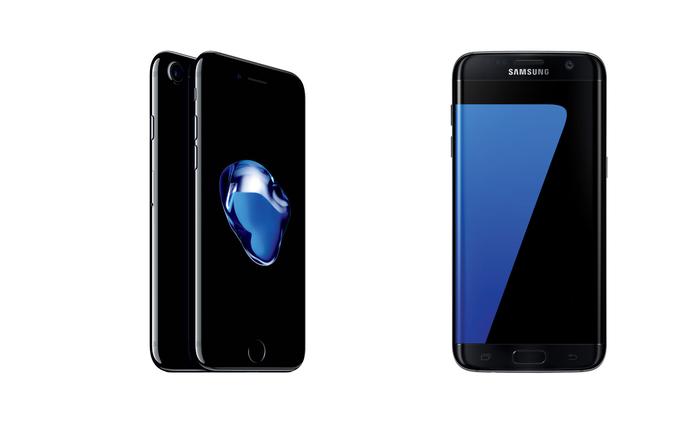 The iPhone 7 features Apple’s A10 Fusion processor, which is the company’s best mobile chip to date. The chip features four cores, making it the first Apple-made processor to be quad-core. Not all chip cores are the same, either — two of them are specially designed to handle more demanding tasks like gaming. The other two are low-powered and handle day-to-day tasks. The advantage to this is that these cores don’t require as much power, which maximizes battery life.

If that sounds familiar, it’s because it’s a method used all the time. In fact, both the Qualcomm Snapdragon 820 and the Samsung Exynos 8890 utilize the same concept, although the Exynos 8890 has eight cores and devotes four each to high and low power.

The processors use similar concepts, but that doesn’t mean they’re as powerful as one another — there are also benchmarks to look at. The iPhone 7 scored a whopping 178,397 on AnTuTu’s benchmarks, putting pretty much every other smartphone to shame. The Galaxy S7 Edge scored 134,599, which is a great score to be sure, but nothing compared to the iPhone. In other words, the iPhone 7 is a far more powerful device than the Galaxy S7 Edge. That’s despite the fact that the iPhone 7 has half as much RAM as the Galaxy S7 Edge. Of course, considering that extra RAM real-world performance may be a little different, but in terms of sheer processing power Apple has the edge. 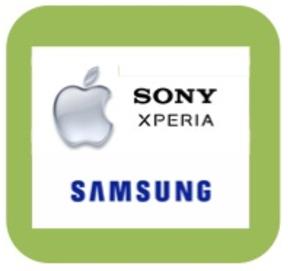 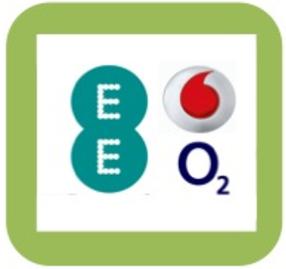 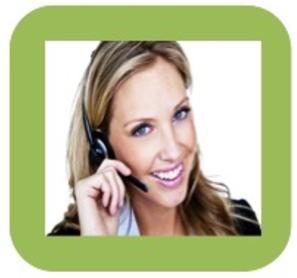 EVERY Size of Business catered for 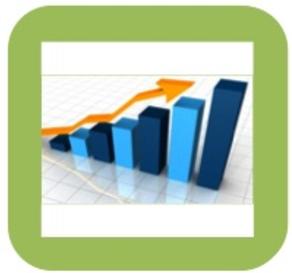 ​GUARANTEED to save you £££s of your Bills 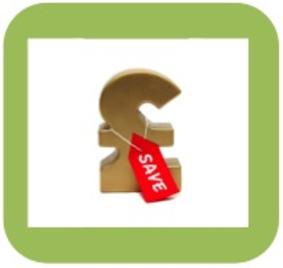 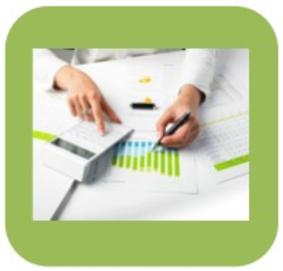 Battle of the 7evens: Apple iPhone 7 vs Samsung S7 Edge